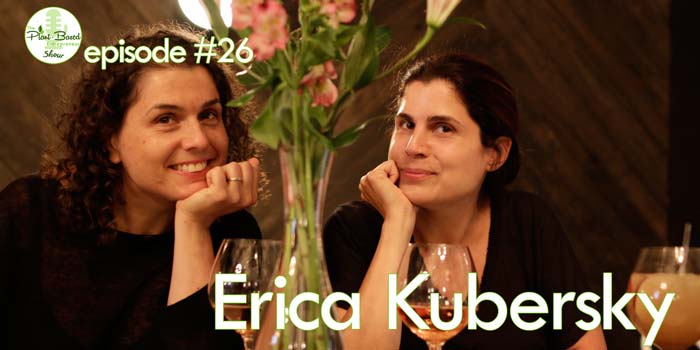 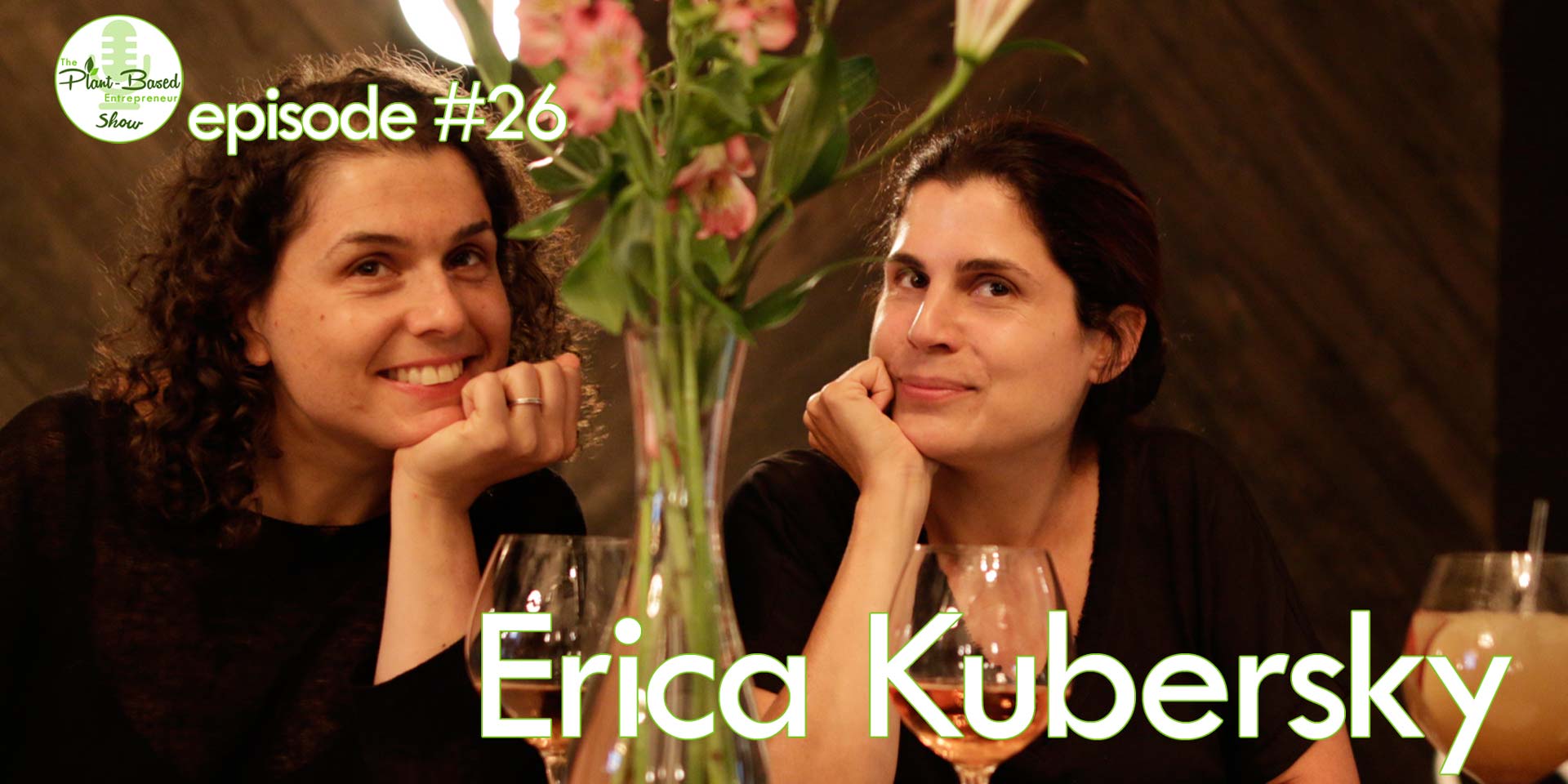 “I think we opened with 25 styles and now we have over 200 styles of vegan shoes that we can offer to people.”

In case you’re wondering which one’s Erica – she’s the one on the left. The one on her right is Sara, her sister and co-founder of New York’s oldest vegan shoe store, MooShoes.

Erica, who went vegetarian at 8 (a move that ended up with the whole family eating that way), was also early on being clear on her business goals. By high school, she was telling friends she would open a vegan shoe store. When she found out about Vegetarian Shoes (by our combined knowledge the first vegan shoe shop ever), she flew to England to get some for herself. And in 2001, way before the vegan snowball ever reached the critical point in its now unstoppable roll, she and Sara opened up MooShoes in a defunct butchery in Manhattan.

If you’re thinking they were ahead of the times, I have to admit to wondering about it too. But apparently, New York in 2001 was a city ready for cruelty-free footwear. Their customer base grew. Their reputation grew (so much Sara says they are now a regular part of the ‘Vegan Tour’ for a lot of out-of-town visitors wanting to experience all the vegan options of NYC). Their business grew: from starting with 25 styles at opening they now stock over 200, have another store in Los Angeles and an online store that only recently surpassed their physical store in sales volume, showing that old-fashioned retail is far from dead. And based on the popularity of their numerous food events, they just opened a vegan grocery/deli next door to their Manhattan shop.

Along the way, MooShoes also realized the market needed more, and they moved into production. They now have an in-store brand called Novacas, which makes their own line of footwear at a factory in Portugal, using cruelty-free microfibre materials… what Joshua Katcher of Brave GentleMan (whose shoe line is also made by Novacas) calls future leather. Which is a huge step beyond vinyl materials often used instead of leather – in terms of looks, durability and sustainability.

This last characteristic is what Erica says seems to be the biggest selling point for a lot of her non-vegan customers. Eco fashion is slowly but surely catching on, and this episode is a dive into what that means for cruelty-free footwear: what new materials to look for, what parts of the market are still underserved… but also what is the reality of running a retail business. And what is the correct number of cats to have in your store to maintain the balance between cuteness, allergy potential and keeping at least some shoe boxes empty.

The oldest vegan shoe brand (and apparently worth worth flying over the Atlantic for): Vegetarian Shoes

The vegan grocer they opened next door to Moo Shoes: Orchard Grocer

Listen to Joshua’s interview in Episode #20