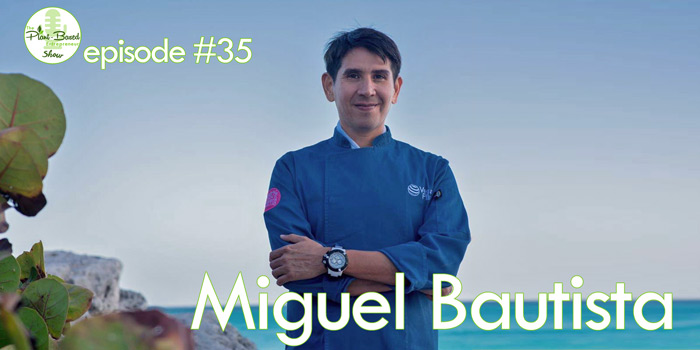 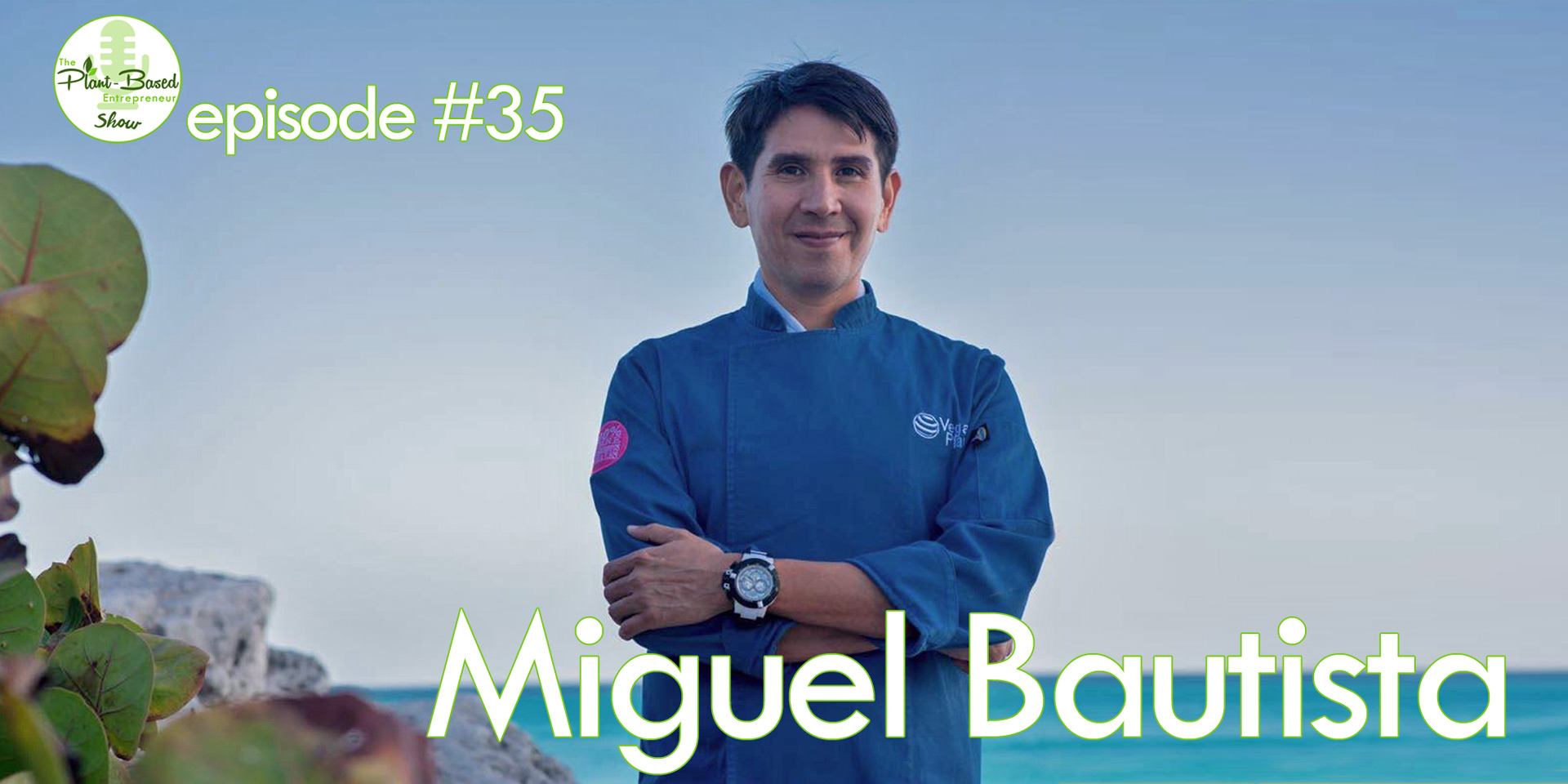 “If you’re honest from your heart, and you give people what you really want for their own benefit, not for you, abundance, money and business will come by themselves.”

The first time I saw Chef Miguel, I was pretty sure he was a Mexican celebrity chef. It was at Tulum Vegan Fest and he spent most of the day leading up to his lecture posing for pictures.

It turned out I was right – he is a celebrity. He’s also world-renown executive chef that regularly holds workshops for 5-star resorts all around the country and abroad, a sommelier, trainee herbalist (by his own definition, even though I’m sure his knowledge of herbs is vast) and co-owner of the widely popular Vegan Planet restaurant in Cancun (with another location in Mexico City). I hope he won’t mind me saying he’s fanatical, in the best possible way, about maintaining a whole-foods approach to plant-based cuisine, because I believe that it’s this that places him in a category all of his own.

In fact, one of the things he emphasizes about his kitchen is that it contains no microwaves, no aluminium pots, and no can opener. And if that conjures up an image of an all-natural, down-to-earth, new-age eatery, or perhaps a fine dining establishment where serving sizes are inversely proportional to the prices, you’d be wrong on both counts. Vegan Planet is a modern, well-lit and airy eatery with regular 2-for-1 pizza nights, with a steady stream of local, repeat customers.

To me, it looks like exactly the kind of vegan eatery you’d expect in a not-so-distant future where eating plant-based is the norm… so I’m allowing for the chance that Miguel Bautista discovered the perfect formula for making functional healthy food mainstream. And perhaps cultural differences played a part as well –  since moving to Mexico, I have been left very impressed with the availability and the general attitude towards plant-based food, so sitting down with someone who’s making a business of it was the perfect opportunity to explore this.

The main takeaway of this conversation, for me, is that at some point, Miguel expects restaurants not to be ‘vegan’ anymore. They’ll just be restaurants, and the fact that they’re serving plant-based food will be considered normal. I forgot to ask whether Vegan Planet will be changing its name then, but the success it’s been enjoying so far, and the experience of its owner make me think that day is not that far off.

Instagram (You know you want to see this one)

The definitely different LA restaurant where Miguel worked as the Kitchen Line Manager: Inn of the 7th Ray

I’ll admit I’ve never heard of shilajit before Miguel mentioned it – but this sounds intriguing: Pürblack

Mentioned as a source of herbal wisdom: Ron Teeguarden of Dragon Herbs