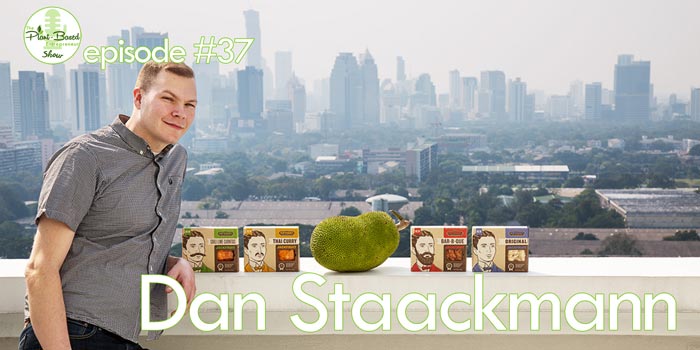 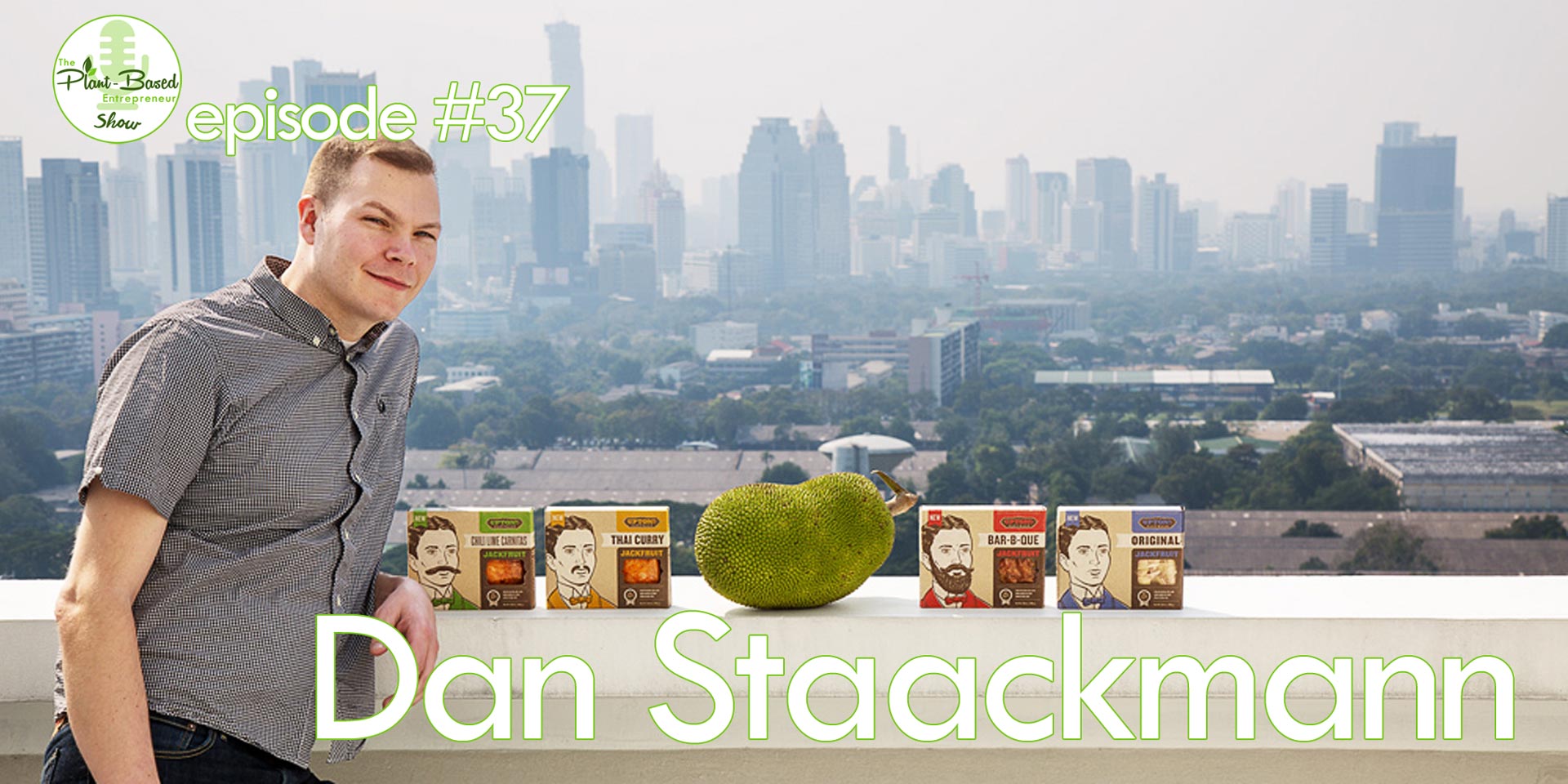 “I really never even thought of becoming as large as this is today, and I certainly never anticipated all these other brands entering the market they way they have.”

That guy with the funny mustache styles. He’s almost impossible to miss at the veg-friendly section in the store – a definite win at branding for Upton’s Naturals.

Daniel Staackmann is the guy behind the brand, and as far as I can tell, he’s not as big on facial hair as the face representing it. But he’s big on veganism – as in, 25 years and counting. This puts him squarely into the category of people who can recall how the few vegan items that stores carried actually did taste like cardboard (if you were lucky), and soy milk was mostly chalk.

And of course, it also puts him in the category of entrepreneurs who got on the wave before there wasn’t much of a wave to speak of. Upton’s Naturals, which is today available in all 50 states, Canada, Australia, and Mexico, UK and Europe, started in a rented kitchen in 2005. Seitan created in commercial batches for restaurants was its first product, even though Dan had only tried making it once before making his business idea a reality and watching it take off.

Seitan, just in case you don’t know, is essentially wheat gluten, and despite the current gluten-free trend, Dan says they haven’t noticed any drops in their sales.

When Upton’s Naturals was started, there was just one other company in the entire country making it. And that alone could have given them a solid position in the market, but if you’ve ever taken a closer look at their products, you’ll know there’s another meat substitute that they’ve pioneered in the United States – jackfruit.

I asked Dan whether Upton’s was behind the viral growth of its popularity – around the time that they launched their first products, it seemed like you couldn’t find a vegan Facebook group, Instagram channel or cooking blog that without at least one drool-worthy jackfruit recipe or post (for most of them, it was more like one per week, minimum). The answer I got was just cryptic enough to keep me wondering if there was some very clever, guerrilla-style marketing going on behind the scenes to promote jackfruit products.

No matter what the case, Upton’s Naturals was the first brand to bring them to the market, but it was, as you’ll find out, far from easy. The logistics actually took four years, and we talked a lot about the challenges of finding the right suppliers willing to work with a company proposing what  (surprisingly) was a new processing method for Upton’s partners in Thailand.

Apart from that, this interview also explores the pros and cons of retaining full ownership of your company; what taking on partners or investors means for your own business plans; why you’ll rarely find more than 4 different Upton’s products in a store, and how pivoting for slow, steady growth can be a better long-term tactic than going at things hard and fast.

A bit more about jackfruit and seitan

Another pioneering vegan brand that usually has the most space on store shelves: Tofurky