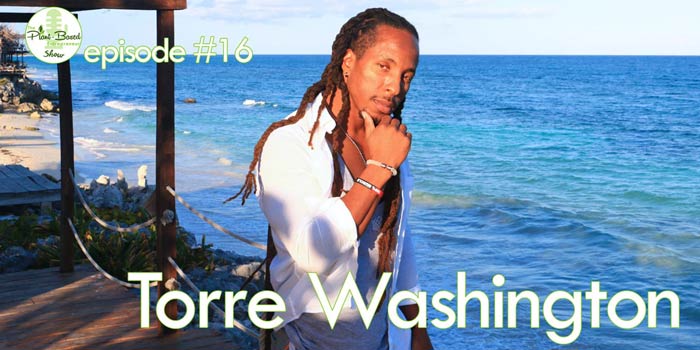 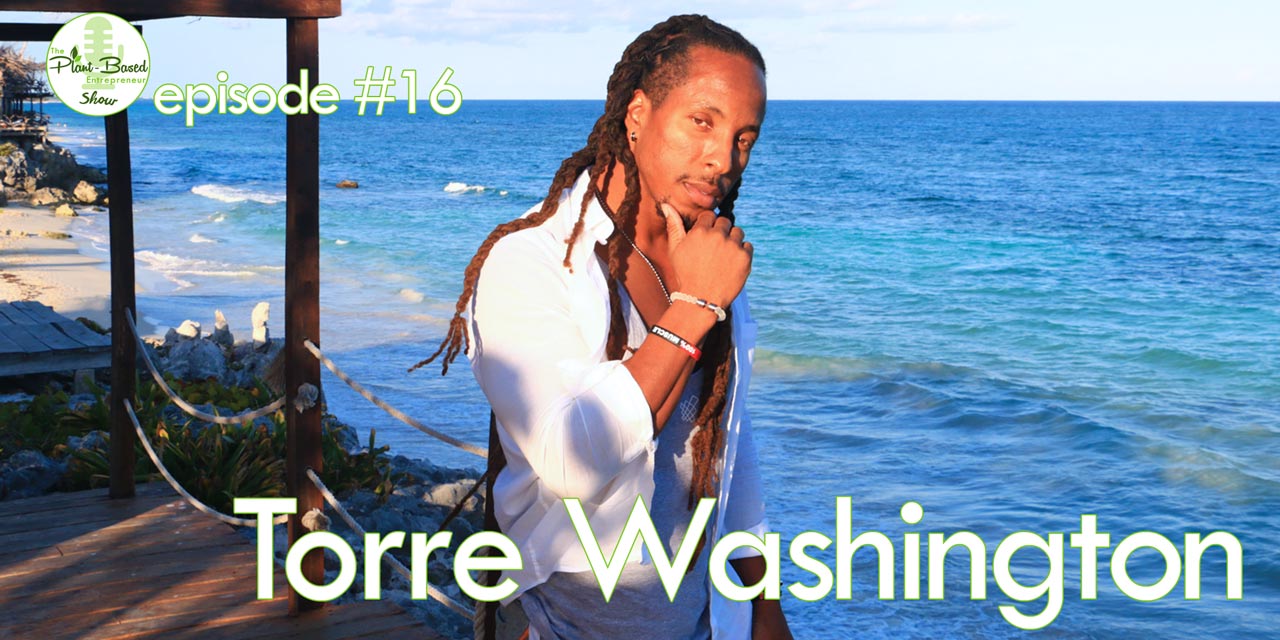 “I want to help people see and become who they truly are, versus who someone tells them to be.”

A few days before we sat down to record this episode with Torre, I watched him wow the crowd at the Tulum Vegan Fest, first with his words, then with his body. He is definitely a sight and about the best case against the myth of weak vegans – but it’s his words you should really pay attention to.

Pay attention when he talks about fitness and nutrition and you’ll notice he doesn’t promote any particular brand of vegan bodybuilding supplements, even though with his results, his looks and his social media following, he could be making a killing on sponsorship deals. But that’s not who he is. As a vegetarian since birth and a vegan since 1998 (before he actually knew what the term meant), what guides him is being natural.

That means his approach to food and training goes against many of the established ‘truths’: that you need to track your nutrient ratios , your calories and your protein intake. That you need to eat every 3 hours if you want to get lean. That you need to follow a strict training program. Torre goes by feel – eats what feels right (mostly unprocessed food, though he dislikes calling it ‘clean’ eating), trains the body parts that feel like they need work, and if you’ve ever seen a picture of him on stage (if you haven’t, go check out his Instagram channel while you listen to the interview), you’ll know his approach is extremely effective.

Pay attention when he’s not speaking about bodybuilding, though, and you’ll find an incredibly kind and humble man guided by compassion and unity of all beings. By the way, did you know he speaks Japanese and worked for more than a decade as an engineer? Or that we’re both fans of Wolverine, although I’d say Superman (his other comic book inspiration) is more along the lines of his integrity.

We covered all that and a lot more, from his beginnings to his biggest challenge (a very unexpected one) and upcoming big projects in this interview, so if you ever wondered about the man behind the muscle, I am honored to be able to bring you a glimpse of him.

Reason Torre was in Mexico and a great break from winter: Tulum Vegan Fest

Largest vegetarian producer in the US: Morning Star Farms

The rastafarian concept of living off the land: Ital

Since we discussed both… who would win, Superman or Wolverine?

The scene from Wall-E  – is this our future?